NEW CLYDE PRIMARY SCHOOL TO BE READY FOR 2020 SCHOOL YEAR 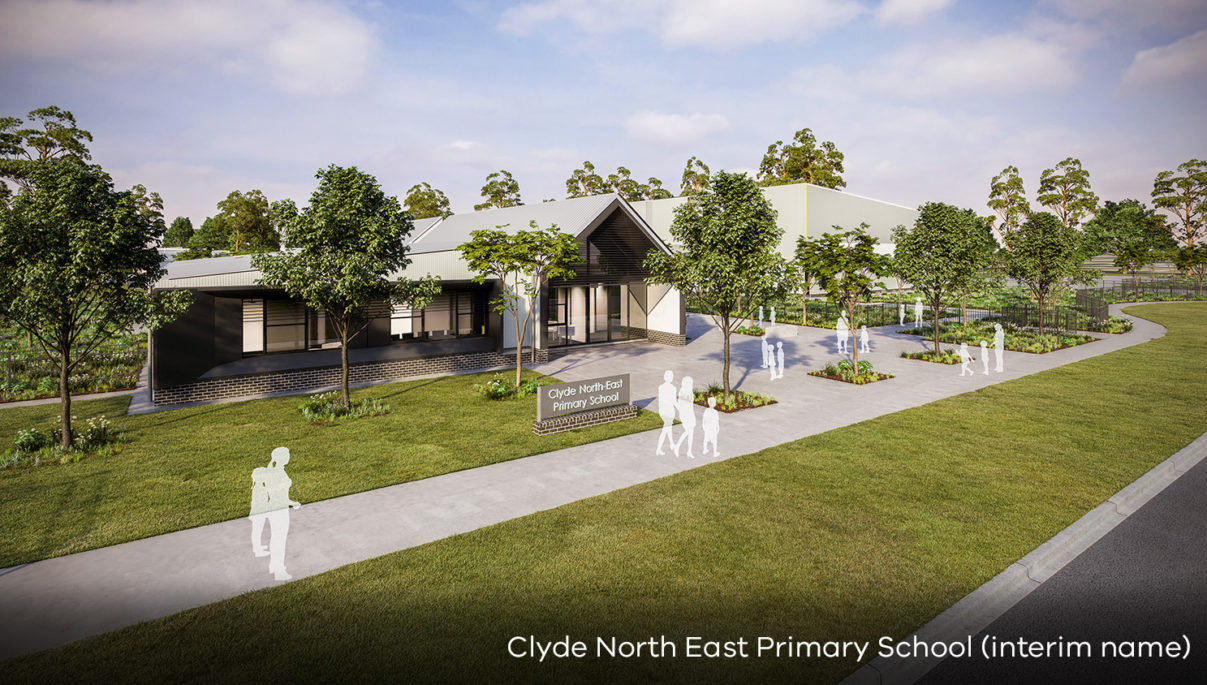 Great news for St. Germain families! The new primary school currently under construction in Glenrose Boulevard, Clyde North is on track for completion and should be ready for the commencement of Term 1, 2020.

A school principal has been appointed and a name for the school will be announced soon – which is good, because the temporary name of Clyde North East Primary School is a little underwhelming!

The name will be selected from three much more interesting options proposed on the Engage Victoria website, where the local community was asked to rank the names in order of preference:

The Australian Grayling (Prototroctes Maraena) is a nationally threatened fish species known to occur in Cardinia Creek. The creek extends to Clyde North, a relatively short distance from the school site.

Ti-Tree Creek is the historical name of numerous features across the state, including what is currently known as Tea Tree Creek in the locality of Cardinia.

Eyrecourt is the name of a historical feature in the area, approximately 2km from the school site.

The first-ever principal of the new school is Luke Abdallah, who was appointed by the Department of Education following a thorough Expressions Of Interest process. Local families will have an opportunity to talk to Luke at a ‘Meet the Principal’ event to be announced soon. This will also be a chance to learn about enrolment, the curriculum, the school’s facilities and more.

You can read more about the progress of the school (and even watch a short video message from the new principal) on the Victorian School Building Authority website.

NEW CATHOLIC PRIMARY SCHOOL ON THE WAY FOR CLYDE NORTH

This January will see the opening of the brand new Clyde Secondary College and now, a new private Catholic primary school has been confirmed for Clyde North.

WHAT WILL BE THE TOP INTERIOR DESIGN TRENDS FOR 2022?

From nature-inspired interiors to soft curves and earthy textures, here are some of the design trends set to dominate in the New Year.

SEEING OUT THE YEAR IN STYLE – CONSTRUCTION PROGRESS AT ST.GERMAIN

We’re finishing the year up strong at St.Germain, with a lot of exciting progress being made throughout the community.

MELBOURNE STARS ON THE GREEN

Calling all cricket fans! Join players from the Melbourne Stars for some family fun on the Village Green at Casey Fields this December.